How mobile automation testing can help save costs

The number of smartphone users in the world is currently at an all time peak of 3.8 billion, with the number expected to rise in the coming years. So, what does this translate for your business? As the widespread usage of smartphones continues, so does the demand for mobile apps.

From a consumer’s standpoint, usability, user experience and performance is key. Your website may function well. However, if your app is slow, defective, or contains bugs, your customer may refrain from using it.

On the contrary, if your mobile apps function well, happy customers are a guarantee. Creating an app takes days and months of brainstorming, hard work and team effort. Hence, being discarded as defective, could be a huge blow for your business. A recent study found that customers have little tolerance for defective apps. It stated that nearly 90% of the apps are downloaded, used just once and discarded.

So how do businesses avoid the long list of freezing, crashing, slow launches, bug fixing on your mobile applications?

What is mobile automation testing?

Prior to rolling out a mobile application, testing forms a crucial process. Many parameters such as device adaptability, user experience, functionality, usability, security, and performance, to name a few, are tested for. Now, some companies turn to QA testers and analysts to do the job, to detect defects with fine manual techniques which are tried and proven.

However, in the current age of mobile app development, manual testing might be an option. But it cannot be one that meets the demands of the current generation. Manual testing involves downloading the app, checking on various mobile devices, with validations for every situation. When changes are implemented, manual tests are run again to check compatibility and performance. 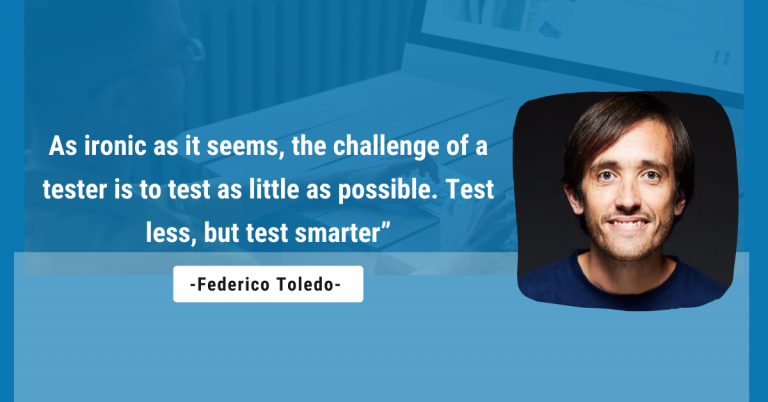 But when bug-free, smooth applications are the priority, manual testing seems like an option that has its own limitations. To bridge this gap, mobile automation testing is key.

Where is automated testing applied?

It is true that manual testing costs cannot be entirely eliminated. Hence, automated testing is usually applied in cases of repetitive testing, several combinations, operating systems, and in cases of time constraints. Automation supports a wide range of native, hybrid, and web apps and is applicable to functional and non-functional tests such as,

While these are different types of mobile automation testing, there are many scenarios to consider. Mobile automation testing must be able to resolve the issues at hand. Some common issues include ensuring seamless download and installation on all devices, operating systems, the ability to automatically update to newer software or security patches, and so on.

How to get started with automation testing? 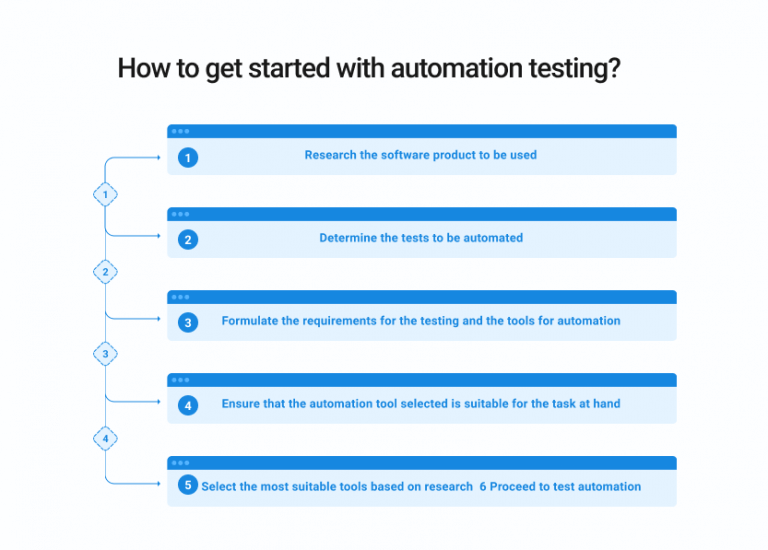 When developing an automation strategy, it is important to understand the use case, the type of conditions that the automation will run on, and other testing requirements. An ideal strategy would be one that ensures reduced costs and has better results.

1. Research the software product to be used

Based on the test framework and the project, the software product to be used can be decided.

2. Determine the tests to be automated

While automation is a good choice, not all tests are to be automated. Hence, it is important to predetermine the tests that require automation. Certain potential tasks include repetitive and time-consuming tasks, load testing, test cases with predictable results, and cases that have a variety of operating systems, configurations, hardware devices, and so on.

3. Formulate the requirements for the testing and the tools for automation

A key factor in deciding the requirements for your automation tool is the type of application. There are mainly three different types of applications when mobile automation testing is considered. We have mobile web applications designed for websites, that is viewed via a gadget. Native apps are designed specifically for a platform such as iOS or Android. Lastly, we have hybrid apps, which have mixed features of mobile and native apps.

4. Ensure that the automation tool selected is suitable for the task at hand

Finding the right tool can be quite a challenge, with regard to automated testing. However, with the wide variety of options available, such as open-source automation and paid ones, software companies can turn to free ones and upgrade based on their requirements.

5. Select the most suitable tools based on research

Based on proper research, selecting a suitable tool is possible. An ideal tool will accelerate the testing and delivery of the required app or project at hand. A proper analysis of the project, the target market, and client-based choices can help research for an appropriate tool.

How to run mobile automation testing?

Some tools are dedicated only for iOS development and some are for android. There are tools that are suitable or both, but the most appropriate tool depends on which best suits our requirements and testing framework.

There are a wide range of popular tools that work for android, with some being native, open-source, and paid. Some popular ones include,

a. Espresso and UI Automator

Reliability is key with these tools, as they are maintained by Google, It supports Java and Kotlin. For projects that already have a deeper understanding of how android works, these can be used. Espresso operates only inside our test application context and UI Automator is able to neck interactions with other apps.

Supporting android API 10 through 19, selendroid monitors the current state of e apps UI, with a feature of allowing unplugging of the device without interruption of the test. However, there is no ability to automate the testing of activities outside the app.

With Java as the preferred language, it is similar to Espresso. It is open-source software that permits composing functions, framework and use acceptance test situations.

As the second most popular mobile operating system in the market, iOS is a closed system and has a good variety of its own automation tools. Deep analysis for OS is not required and as the features are known beforehand, certain complexities are reduced. Some of the most commonly used automation frameworks include,

This runs within the Xcode environment and its support starts with iOS 9. It has a built-in test recorder for simple tests, UI elements, and their characteristics. Tests are supposed to be written in Swift or Objective C.

Developed in 2016, Earl grey brings about a stark resemblance to espresso. This tool is used by Google to test native iOS apps like YouTube, google maps and so on. It allows real device support and has a single app testing feature only. This UI automation framework ensures that test scripts wait for specific UI events to occur before interacting with application UI.

Weighing the pros and cons: is mobile automation essential?

For a generation that prefers faster loading, better user experience among others for an app to stay undeleted, it is high time businesses leverage automation. Besides the customer perspective, there are several other benefits that automation provides such as,

Automated tests are quick and efficient, and are especially useful in cases of repetitive testing. For instance, when there is a minor update to the app that requires a quick, thorough check of the entire application’s functionality, automated regression testing can help. Not only can they validate more processes on a wide range of platforms, devices, and network speeds but also are reusable. A test program once written, can be reused, saving time and costs.

As opposed to web testing which only deals with browsers, PCs, and laptops, mobile automation spans across devices such as mobiles, smartwatches, tablets, and so on. In the presence of a plethora of devices and possibilities, manual testing is a tedious process that can be replaced by or modified to be used along with automation testing.

Handling test automation costs might take some time, but It is important to remember that not testing your apps can cost far more than the cost associated with regular testing. Costs vary based on the tests, the framework, and the type of projects. There are open-source tools available that require skilled engineers to develop and maintain testing scripts.

Here’s the thing about automation testing. They have a significant advantage over manual testing as they can run 24×7. It gives you the time to focus on other things at hand as the automation runs without supervision. With proper scheduling and instructions, one can expect timely automated results.

Product quality is something to not compromise on and automation testing helps guarantee the same. With mobile test automation, manual testing is rid of repetitive tests and the risks of overlooking minute or major test cases. From validating memory, database and file contents to running tests repeatedly with assured risk management and consistency, detailed results are a guarantee.

With accurate information on every cycle or test run, the information obtained from automated testing bridges the information gap present in manual testing. This is true in cases of new apps that are yet to be deployed on the market or for updates or features, bug fixes, and other features that can be updated faster.

To automate or not to?

With mobile automation testing, defective apps are definitely waved goodbye to. There are a plethora of advantages that accompany it. This ensures that manual testing is either reduced or inculcated into a hybrid model of automation and manual. In the end, the framework depends on the organization and its requirements.

There are a wide range of tools available, from open source to paid ones. With a proper strategy and planning, an organization can view reduced costs, easier app deployment, and a reduced burden on the manual testing team in the long run. The cost of deploying an effective and comprehensive testing framework may take its time, but in the current era of mobile-first development, this forms an upgrade to not miss out on.

Mobile App Development Cost: How to Reduce with React Native in 2022

4 Ways To Reduce your App Development Costs by 50%

Being multi-channel has become synonyms with the modern digital environment.Brand presence in these channels is ...

Going beyond the cost factor and striving to deliver quality, innovation and flexibility to its customers across...